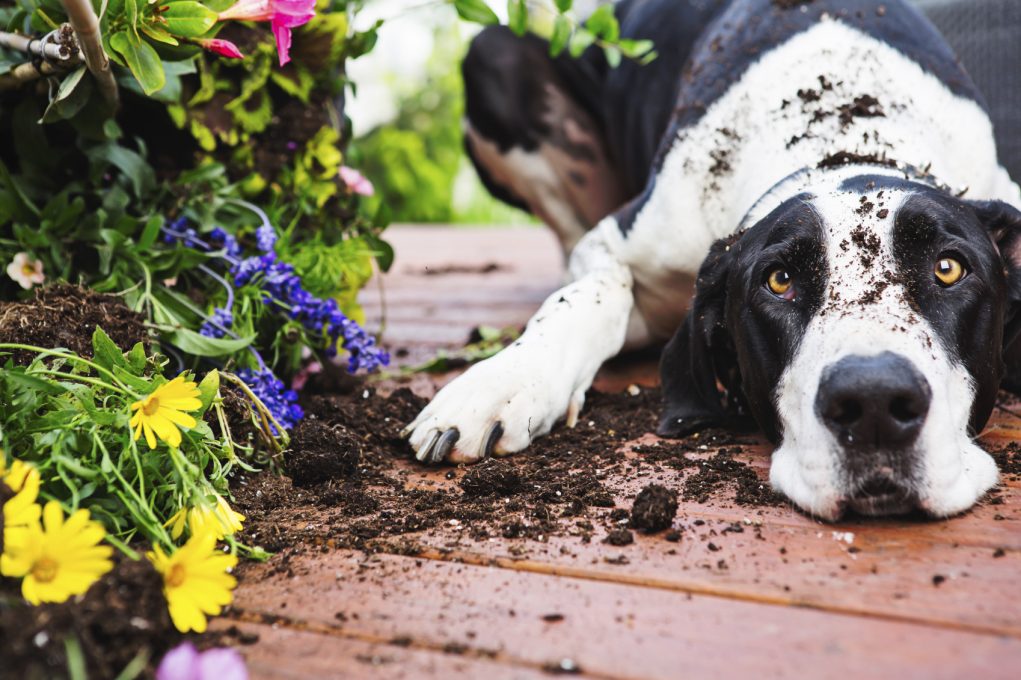 So, as many of you probably already know, in late Fall my family rescued a beautiful dog named Tuukka. According to the fake, made-up birthday we created for her, she’s just about 11 months old now. We also splurged and tried out the Amazon DNA test. What fun! And oh! What we learned! Tuukka is a mix of a whole bunch of stubborn breeds: she’s part Great Pyrenees, bulldog, bullterrier, beagle with a lot of other stuff mixed in.

And that stubbornness has certainly made sense when looking at our time with her over the past few months!

Obviously, because of the work I do, I spend a good portion of my life working with animals through animal communication, soul contract mastery and more.

And you would THINK that that would make me an expert on my own dog, right?

Well … I love Tuukka. She’s the very best behaved dog in the world during the day when it’s just the two of us hanging out. The problem is that when you add in any other people like husband or son, visitors to the house, or out-of-the ordinary occurrences of any kind, she can’t control her excitement–and at 70 pounds so far, neither can we!

As a result, my husband brought up the idea of getting help with her training. At first, I wouldn’t even consider it. After all, I’m an Animal Communicator. Shouldn’t I be able to train my dog perfectly without assistance?

But after a weekend of Tuukka not allowing anyone to leave the yard without barking insanely, I had to give it more thought.

And it was my own work connecting deeply with animals that allowed me to finally realize what I already knew to be true.

There is an innate agreement between an animal and a person, in which an animal agrees to assist that person in his/her evolution in some way.

This means, that no matter how “awesome” I am with animals, or dogs, or even with Tuukka, she’s going to do something to challenge me to grow, learn, or accept something.

In this case, she’s pushing me to accept that I can’t control everything. I can’t make my husband and my son do the training exactly right, and I can’t make Tuukka chill out around them or around exciting things – I have to allow everyone to have their own journey with her.

So, I’ve finally come around to accept and embrace the idea that we’re going to be doing some intense professional training with my baby. Not because I am a failure as an animal communicator, but because I am accepting that I STILL have things to learn from the animals!

If you’re having challenges with an animal in your life, I urge you to look at the big picture. What is this animal trying to teach you? About control like my Tuukka? About being the boss of your own life like my Kelso did? About taking a leadership position like my Bella did?

Understanding that connection between you and your animal will help both of you in much the same way that it is helping my husband, son, Tuukka and me!

The $*%^ is hitting the fan in the animal world