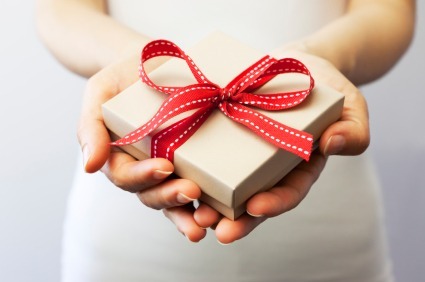 I have a friend who was, until recently, losing himself in his new relationship. Years ago, if I had been in this situation, I would have kept my mouth shut, ignored it until they broke up and then would have spent hours upon hours with my friend consoling him. This is because years ago I was bound by Soul Contracts that drove me to believe that good friends don’t cause conflict. In fact, years ago I often found myself in the same position that many of my clients now find themselves in: surrounded by friends who needed my help and advice, tired and drained by all my commitments and alone because not one of those people around me was capable of showing me even one tenth of the support that I gave them each and every day and that I so desperately needed.

Since then, I have spent time and energy clearing my Soul Contracts, changing my patterns and learning my lessons around friends and balance in relationships: when to speak up, when to be there, when to ask for help…  With all this work I’ve done I thought I should be able to easily walk through this situation with my friend… yeah right!

For a few weeks prior I had been contemplating speaking with my friend about his most recent relationship. I was torn because I saw him – catering his lifestyle to hers, changing his hobbies to match hers, calling his friends and family less and less. From our past conversations, I knew it was something he didn’t want to be doing, and I felt like I wanted to let him know. But there was an unexpected part of me that said “don’t rock the boat Danielle!” and “you have no right to tell him!” and “stop being so judgmental!” This nice little push-pull conversation carried on in my head for several weeks. We spoke less and less on the phone partially because he wasn’t communicating much with anyone other than his girlfriend – but also because I found it harder and harder to watch. Finally, my intuition spoke out loud and clear when I woke up one morning struck with the idea that my feelings were  getting in the way of the friendship and I had to do something about them. At this realization, I was surprised to observe that talking to my friend STILL scared the daylights out of me!

At first, I couldn’t understand why talking with him about this – a subject he and I had covered well as he went through his past relationships was making me shake in my boots. After all, I had already addressed  this fear through my Soul Contract work! As my fear began to take hold, I began to wonder if all of my work was actually crap? Did I not know what I was talking about with my clients? Did I only “think” I had cleared these things but somehow I hadn’t? I went down into a nice little spiral of desperation and anxiety to the point where I was questioning everything  from speaking up to being intuitive to being a good mother. Don’t you love how fear can do that? Blow everything up right in front of you? I kept thinking to myself “I dealt with my Soul Contracts around speaking up, around rocking the boat, and around stating my opinion even when it was not the popular opinion… so why am I finding it so hard to do now?”

As I meditated on my negativity a few mornings later, my intuition spoke up again. I realized that – yes, I really had released my Soul Contracts surrounding speaking up – but I had not yet broken all of the habits that resulted from those Soul Contacts. Some of the habits I had certainly already addressed – from becoming comfortable being an expert to feeling confident working with my clients on their relationships to speaking about my work in front of groups. But the habit I had not yet addressed? Speaking up with a friend about love. Professionally – I had blasted through the habits that had held me back, but personally… not so much!

In the end, I knew that the way to break the habit was to walk through it. I did talk candidly with my friend. It was a one-time conversation in which I briefly voiced what I was feeling and observing. He took it well and thanked me for talking with him about it even though he hadn’t asked me. He said he had been thinking he might be losing himself and I had provided him with the confirmation he needed to make changes. My intention in telling him what I was observing and feeling wasn’t to make him behave differently, it was to voice something that was getting in the way of our friendship. Whether he makes the changes or not, I feel good about having voiced my thoughts – as that was the point in the first place: to be honest about my feelings.

What a gift my friend’s imbalanced relationship was by giving me an opportunity to experience (yet again) the power of the Soul Contract!

And the Answer is…