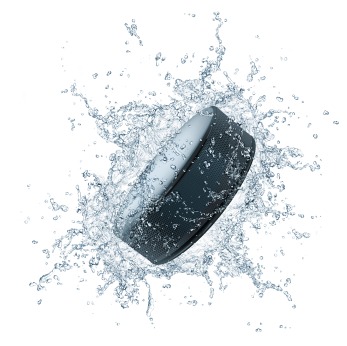 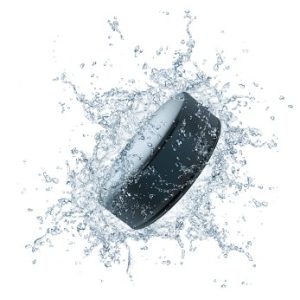 I’m naive. I am. It’s hard for me to believe bad things that people have said – even when I hear them from various sources. If someone is nice to my face, complimenting me, having a positive conversation with me about my kid or their new car, I assume that they’re really nice and that whatever the negative things I’ve “heard” they’ve said behind my back are all made up, or exaggerated. I guess this is because of how I am. I’ve worked hard to bring myself to an emotional place where my inside matches my outside. What I feel is what I show. It means that people can depend on me to be honest – although often to a fault (according to my husband). If I feel it, you know it. If I think it, you hear it. That’s just me.

Not everyone is so naive and not everyone is so honest. And this is what my husband and I experienced this past week. My husband, Kevin is one of those very active Dads. When my son plays a sport, Kevin usually tries to coach the team – and he puts his all into it. When my son wants to learn a new activity, my husband is right there with him showing him how to do it.  For example, Cole (my son) wanted to learn skateboarding, so my husband starting teaching him everything he knew. They now skateboard down the street and at skate parks all the time together. (And yes, Kevin is the old guy skateboarding, but he doesn’t mind). Kevin is one of those “do it all for the kids” kinds of Dads and that’s something I really admire about him. By the way, he’s also an engineer – so he’s very detail oriented and conscientious in anything that he does with Cole (sometimes to a fault as well!)

Cut to the present when Kevin is volunteer coaching my son’s hockey team. He’s been devoting about 15 hours a week into it, on top of his regular job. He loves coaching, he loves watching the kids develop and he has an attachment to every last kid on the team. He knows these boys so well – he can tell you if someone didn’t get enough sleep, is going to have the game of his life or isn’t grounded (my son’s problem) before a game even begins. The problem is that kids are involved. And with kids come parents.

Last week, Kevin and his assistant coach had a meeting with one of the parents of a boy on the team. The coaches wanted to make sure everyone was on the same page. As it turned out, everyone was not on the same page and the parent launched a personal attack against Kevin three inches from his face. This father spit as many personal and coaching insults as he could think of at Kevin, the rest of the coaches and the other boys on the team. With his voice raised, his face red and sweaty this father really lost his cool (although based on this, I’m not sure he ever had the cool). The assistant coach, a great peacemaker, struggled to calm the father down and get him to back away from Kevin who thankfully, did not rise to meet the challenge and remained perfectly calm. Finally, Kevin ended the meeting saying “This isn’t getting us anywhere. Perhaps we should talk again when you’re calmer.” The take away point was that this father wanted his son to play a different position and that was how he chose to express that thought.

Here’s the thing: Kevin and I were both blown away by this father’s behavior and attack. This man’s wife has been very nice to me and to Kevin throughout the season and yet as it turned out, she was completely in line with what her husband had said about Kevin both as a coach and as person. And here’s where my naivety comes in. I had heard through the good ol’ town grapevine that the wife had said these exact same things, but since she was so nice to me during games and when I saw her on the street, I passed it off as town gossip. Which it clearly was not.

For Kevin, this was a difficult lesson to learn. He wants to make all of the kids AND the parents happy while also helping the kids grow their hockey skills and have fun. Over the weeks prior this blow up, Kevin and the other coaches has spent hours and countless emails putting the kids into positions they thought would be best of the team as well as for the individual play. A hard task with 18 kids! Not having this plan valued – and in fact, watching it get attacked was very difficult for Kevin but more importantly, knowing that his plan was the catalyst for someone going into that much anger was worse. In order for Kevin to come through this experience and master it, he’s going to have to become accepting of the idea that he can’t please everyone. Difficult to swallow, but he’s working on even as we speak.

Unlike Kevin, I’m not so concerned with making everyone happy. If you’re not happy with me, you’re not happy with me. We’re not a match. So be it. My lesson in this situation was different because I’m psychic. And I didn’t use my intuitive abilities to even glance at the situation. I heard the horrible things the mother had been saying about the kids on the team, the coaches and the team itself – from several different sources and yet, I chose to ignore it because in person, this mother is nice to me. Instead of ignoring it – a “check-in” would have been a better step. I could have taken just a moment to “feel” out the gossip (Is this true? Did this mother really say these things?) and get prepared if necessary. The problem is that I often tend to separate my time as a hockey mom from my time as an intuitive. On the one hand, it’s never fun to watch a game and know who is going to win before it starts (this was a problem during the Stanley Cup Finals last year-just ask my husband who wanted to shoot me). On the other hand, I have to allow my abilities to part of every aspect of my life (just like I teach all of you!) Including hockey. Including hockey mom. For me, this was a reminder to be me, everywhere.

Soul Contracts such as the “Want to Please Everyone” Soul Contract and the “Separate Psychic Times from Real Life” Soul Contract are very common among Lightworkers. I’m hoping that through this blog post you can find those places in your life where a Soul Contract has been activated within you and then try to master the lesson from it. Dealing with Soul Contracts and lessons is not always easy (as you can see here), but it does pay off. Both Kevin and I are happier because of what we have gained from this experience (but it took a few days to get the perspective!)

Book your own Soul Contract Reading

Buy “Navigating the Soul Contract Code” for even more info!

Danielle MacKinnon has been named an expert TV psychic medium, intuitive, animal communicator, and foremost expert on soul contracts. She has appeared on numerous radio shows, tv and taught along side some of the world’s most renowned psychics, mediums, healers and TV experts. Danielle’s book, Soul Contracts: Find Harmony and Unlock Your Brilliance, continues to assist thousands of people in breaking through their blocks to discover happiness within.