Home > Blog > Rainbow Bridge > Signs from Pets in the Afterlife 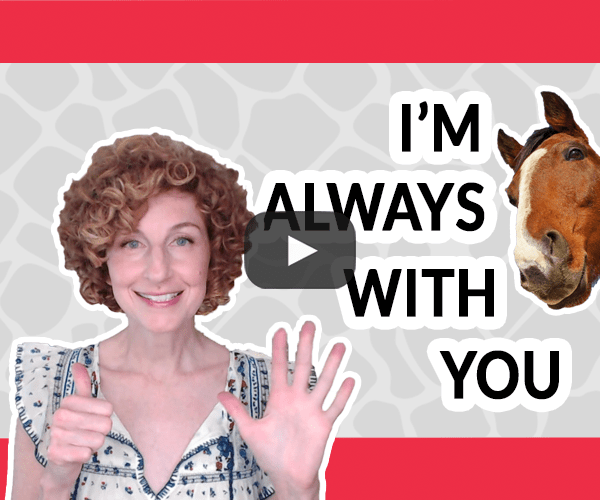 Signs From Pets in the Afterlife

We all want pet signs from pets in the afterlife. If you’re hoping your pet on the Other Side is still somehow connected to you? Here are six COOL signs that your pet is visiting from you from the animal afterlife – plus a BONUS sign from your pet that most people don’t know about! Learn the six common ways that animals send messages to us after they have crossed the Rainbow Bridge from animal communicator, Danielle MacKinnon. Do animals go to heaven? Yes, they do! If you’ve been missing your pet on the Other Side, knowing when they are checking in on you can really help!

Signs from Pets in the Afterlife

Are you missing your pet on the other side and you want a sign from your pet in the afterlife? Here are six signs that your pet’s sending you messages from the other side.

Hi, my name is Danielle MacKinnon, I’m an animal communicator, and today we’re going to be talking about six really common ways that our animals that have crossed over will send us messages. I wanted to talk about this because so many people miss their dear dog, their cat, their hamster, their guinea pig, their fish that has crossed over and they don’t know what to look for in terms of messages and signs.

Our animals that have crossed over they’re always sending us messages and signs. They want nothing more than for us to believe they’re there. For us to maybe even sense that they’re there. So they’re constantly giving us messages of, “Hello, I’m here. Hello, I love you,” things like that. But if you don’t know what to look for you can just kind of overlook the messages or not believe the messages. So, hopefully, these signs are going to help you trust these messages that, I bet, your animal is already sending you.

So we’re going to go through the six ways and I have a bonus way, as well! And there aren’t only six ways that animals visit. There’s so many ways! These are just kind of like the common easiest ones.

The first way you can get signs from pets in the afterlife that they’re visiting is through your animal’s name. My dog’s name, when she was alive, she was Bella. She still is Bella even though she’s on the other side. She’ll often let me know she’s around and  say, “Hi,” through her name. So for example, we’ll be watching TV and I hear about a “Bella” on TV. And then I’m reading packaging at the grocery store and the brand is Bella. And then I get something in the mail and I see there’s the word Bella is on it. Three times I’ll hear or see her name.

Now, those three things have nothing to do with each other. They’re all in the same day or they’re all in the same short period of time. It’s my Bella’s way of saying, “I’m here, I love you.” It’s not a warning. It’s not, “Watch out, Bella’s in trouble.” It’s nothing like that. It’s Bella simply letting me know, “Hey, I’m around, I love you.” That’s all she’s doing. And so often that’s all they’re doing. They just want you to clue into their love.

The second common way that signs from pets in the afterlife is actually through smell. My dog Bella, when she was alive, was a Chocolate lab. She was also a smelly chocolate lab because she loved being a dirty dog.  She didn’t like baths, but she loved swimming in the swamp, and the pond and all these other places, so those things creates a distinct Bella smell (that I loved).  Sometimes now, when I’m sitting at my desk in my office the Bella smell just wafts by. That’s it, it just wafts by. It’s just Bella’s way of letting me know, “Hey, I’m here.”

Your animal on the other side could send their body smell or the smell of their favorite toy. Your pet could send the smell of poop! They choose whatever it is that you’re going to most associate with them to get their message that will make you remember them and think of them. Again, they’re just letting you know they’re around. They’re just letting you know, “Hey, I’m here.”

The number three out of six (plus our bonus) in this signs from pets in the afterlife series is all about animal sounds. So, let’s say you’re doing something that has nothing to do with your animal. Perhaps you’re watching TV, or you’re vacuuming, or you’re sitting in the backyard.  Whatever thing you’re doing, suddenly you feel like you just heard your cat’s meow behind you. Or your dog’s bark. Or you heard the sound that your horse’s hoofs made on the hay. It really couldn’t be real, right? My dog’s not barking behind me, my dog has crossed over. There’s no hay in my backyard. And yet, I heard it… You have to trust it. Sounds are another little hello from your beloved pet on the other side – and it’s a sign they love to provide for us.

(Don’t forget to check out my Animals and the Other Side 2-hour instant access masterclass!)

Here’s the number four of six common signs from pets in the afterlife (and don’t forget that bonus is still coming). Let’s say you’re, again, hanging out in your backyard. You have nothing to with your deceased animal right now. Maybe you’re playing ping-pong or mowing the lawn. For no reason whatsoever you suddenly find yourself thinking of the animal that you love that’s crossed over. I know this one’s hard to believe because you think you’re just thinking of your pet on the Other Side. But often the animal kind of pushes into our thoughts right there so that we remember them and think of them.

When your pet on the Other Side pushes into your thoughts, it’s never in a negative way. You’re thinking lovingly. You’re thinking, “Oh, I miss her, I miss him.” But it just came from nowhere. So for example, maybe I’m playing ping-pong out in the backyard, but I don’t associate my dog Bella with ping-pong. And yet, Bella popped into my head. Those pop-into-your-head moments, they really count!

Here’s sign number five of six (plus we’ve got that bonus coming). This sign happens when you see your pet that’s crossed over out of the corner of your eye, or a quick flash and you turn your head to look and nothing is there. There’s no dog there, there’s no horse there. There’s no mouse running across the room.  But right out of the corner of your eye it really felt like your animal was there and you saw her.

Animals do this also when they’re alive too, although they do it more often from the Other Side. They send you their energy so you feel like they’re there.  You keep feeling like you’re seeing them with you in your peripheral vision. For example, right now, I don’t have my living dog with me because I’m in a hotel. I could be looking at a photo of an unrelated scene (a forest for example). Somehow,  I’ll feel like I see her in the picture. And then I look closely at the photo and realize, “Oh, no, she’s not there. That’s not even a dog what I’m seeing.” But that’s my dog saying hello.

Animals on the Other Side do the same thing with photographs or showing up out of the corner of your eye. And they do it way more often. Perhaps you’re walking down the hallway and then… “Wait, what?” You think you saw them! They weren’t there physically – but they were there. This is one of the signs from pets in the afterlife you have to really work on trusting. It’s not your eyes playing tricks on you. It’s your animal tapping into you so that your animal can give you this feeling of closeness and say, “Hey, we’re still together.”

And here’s the kind of cool thing about these visual signs: our animals are really hanging out with us and this is your proof! So maybe with my physical eye I didn’t see her, but my third eye is seeing her because she is around. She is saying hello. She is checking in on me. So it’s kind of a fun one to trust, but a lot of people if they don’t know that that’s a way that a sign works, they don’t trust it.

Sign number six (with the bonus sign still coming)for how animals communicate, send messages, and visit us from the other side is through dreams. Finally you get a little control around your signs! The other five signs were signs that would just come to you. This sign is different. For dreams there’s a whole little process.

It might take a few nights for this to happen so don’t be discouraged if it doesn’t happen the first night, especially, if you’re deeply in grief. But ask your animal to visit you. Eventually, (probably after a few nights) you’ll have this crazy, wonderful, surreal dream with your animal. When you wake up and you’re like, “I feel like we were just hanging out together!”

With a dream visitation from your pet that has crossed the Rainbow Bridge, it feels so good and yet it feels almost unreal. Asking for a visitation is easy and doable for everybody who has an animal on the other side. Your success with it will depend on how thoroughly enmeshed in the grief you are.

Bonus Signs from Pets in the Afterlife

Did you know that your animal, when they cross over gets busy? (You can learn more about this in my Animal Lessons book.) Animals that have passed over actually start arranging the next animal or pet to come into your life! So, when a new animal comes into your life, whenever that is, (right away or five years down the road), your has directly influenced this! Yes, the new animal in your life is actually sent from the animal that has crossed over. And that new animal is a message in herself!

Read This BEFORE Hiring your Animal Communicator!
Scroll to top