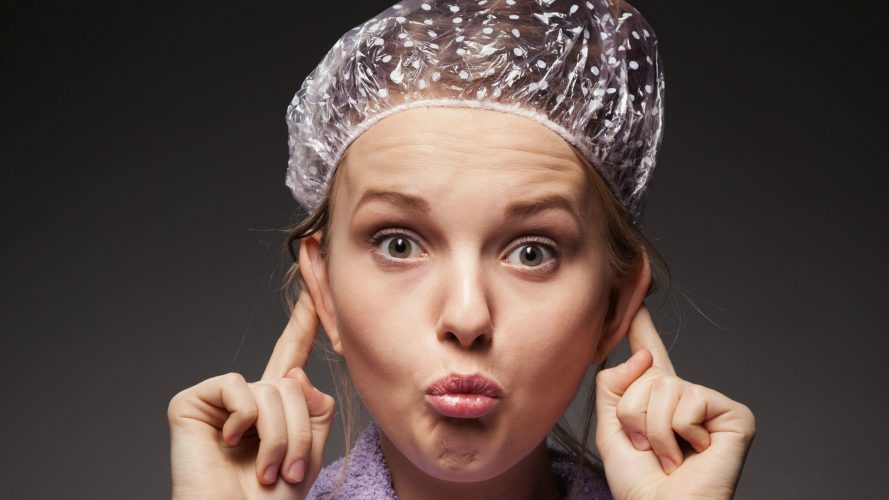 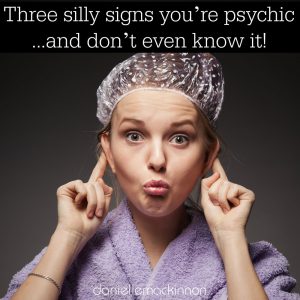 Almost every day I work with people who are looking to open their psychic senses. To many, being psychic seems like the coolest, most exciting thing – something that will help them get ahead in life. These people also believe that it takes years to open the psychic senses and that once they do, everything in their life will change. Well, guess what? That’s not the case at all! Most people (whether or not they believe in psychic abilities) use at least a portion of their psychic skills every day – they just don’t know it. This is because psychic abilities are very subtle and once you’ve discovered a skill works for you it just becomes a part of your every day life. You don’t need to stop and say, “OK, it’s time to get some psychic information!” in the same way that you don’t need to stop whatever you’re doing and say, “OK, I’m going walk forward now.” So, here are three silly signs you are psychic but you don’t know it:

1. You start feeling like the world is coming to an end if you watch too much news.
People who are psychic are also people who are very affected by energy. Typically, the news is filled with energy coming from stories of war, violence, doom – and an intuitive person will often unknowingly pull that energy right into their body. The result? You walk around feeling angry, violent, worried, harried, upset – and all the other energies that the news just put out there. Now, while it’s cool to realize that this is actually a psychic sense (clairsentience – intuitive feeling), it’s also something that can make you have a very bad day! The easiest solution is to step back from the news. The more long-term solution: learn how to manage your energy!

2. You get great ideas in the shower
I love this one – because it’s just so unexpected. Have you ever been taking a shower and suddenly you say to yourself, “oh yeah! Why didn’t I think of that before!” or something you’ve been struggling with finally becomes clear to you or perhaps you just find yourself calming down for the first time all day? This, my friend, is because in the shower, you’re finally able to block out the superfluous intuitive messages that you’ve been subconsciously trying to pick up throughout the day. As natural intuitives (and we all are), we are like walking radio antenna receiving the data we need to get through our lives. If we don’t hone this skill, many people will start trying to pick up ALL of the intuitive data flying by – even that data that has nothing to do with them! In the shower, however, because of the water beating down on our bodies, many of our receptors are occupied. The shower ends up being a break from that intuitive data overload and this is why so many people have such great shower experiences!

3. You surprise yourself with your awesome advice
When asked for advice, do you often come up with something really insightful – something you didn’t even realize you were going to say? Many people think they are just very smart and can think on the fly in this way – but what is more likely happening is that you’re tapping into your already existing claircognizance (psychic knowing) to get your great ideas. That’s why you don’t have to think them through beforehand – and they can just pop (to your surprise) out of your mouth.

There are MANY more ways that people are unknowingly using their psychic skills – so keep an eye out. Usually when we think we’re really smart about something or we discover something new or even when we just have a great idea – there is an intuitive component! Being psychic isn’t a “weird” thing – it’s a skill we all innately have within us. For many, being psychic isn’t about opening the psychic senses, but more about realizing how we’re already using our psychic senses.