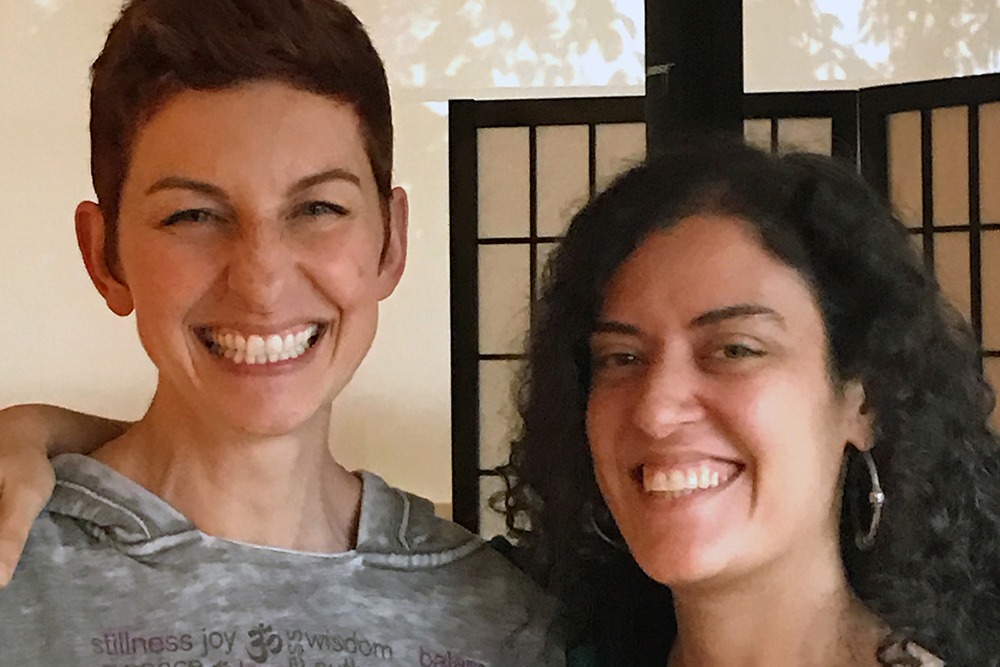 So, it’s clear to me that my son is fully a teenager. Last night was an evening of teenage emotional angst.

Oh, how I remember the turmoil from when I was that age!

Luckily, most of us grow out of it because as we mature, our perspective changes as do our feelings about ourselves.

Sometimes though, instead of moving OUT of that tumultuous place of our younger years, some of us actually move further into it and become entrenched in that negative way of thinking.

Now, based on this picture, you’d never know the turmoil that this animal communication class caused within her, but it really did.

And all because she had been programmed early on in her life to energetically lean toward the negative.

When Phoebe introduced herself on the first night of the class she said that she had pretty high anxiety and that her life was really challenging. 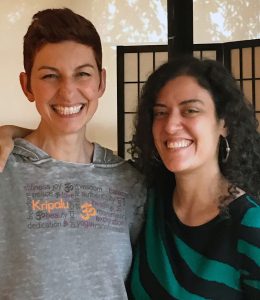 As she spoke, her face was very sad and I could see that she was was used to looking at the negative in most things.

The next day in class we worked on Energy Management (because it’s such a big part of being successful in animal communication).

I remember privately thinking that if she could get this piece down, it would be HUGE for the happiness factor in her life – but that she was going to have to open up some more to the idea of doing things that made her uncomfortable.

I wondered if she’d do that.

After we’d completed the first Energy Management exercise and I was polling the class about their experience, Phoebe raised her hand to speak.

“Danielle – I don’t even know what you’re talking about. I can’t feel any of that. You could have been talking about a gorilla and I wouldn’t have gotten it!”

I suggested that she stay after class with me for 5 minutes before leaving for lunch, and she agreed.

While the other students rushed to the dining hall, Phoebe and I worked together on the technique. I took her through the tool step by step.

As she finished the technique, she looked up at me and said, “What?! I feel completely different! What is this? How did this happen?! I feel so open! What is going on here??”

I felt like laughing (and most likely I did) because I really get a kick out of Phoebe.

When the students regrouped after class, I asked everyone to talk about their experience so far, and Phoebe was first to raise her hand.

“I stayed after class and Danielle spend a couple minutes going through the technique with me. I’m ENRAGED that I didn’t know this before. I can’t believe how much better I feel and I can’t believe I haven’t been doing this my whole life,” is what she gushed to the class.

The next day, Phoebe raised her hand to once again talk about her Energy Management experience.

“I’m ENTHRALLED with how I feel! My stomach is making sounds that I think everyone can hear as my body is finally working right!”

What I found most interesting about this (ok, most COOL) is that even Phoebe’s language was changing as she was re-programming her energy to sit in a more positive way around her.

Her first comment about how wonderful things were shifting for her was that she was enraged. She used this negative word to describe her positive experience.

But the more she worked the Energy Management tools, the more her energy was re-aligning, the more positive she felt – hence, the next time she used the word “enthralled.”

And to me, that is just so cool!

Plus, she makes me laugh. She’s always going to be a powerful, mouthy, opinionated person, no matter if her energy is working for her positively or negatively – and I just love her for it!

Have something to say about this? Want Phoebe to know how her story affected you? Post a note below!

In Love and Light,

How Octavio Stepped into his Power