Home > Blog > Pet Behavior Problems > My Dog is Training Me 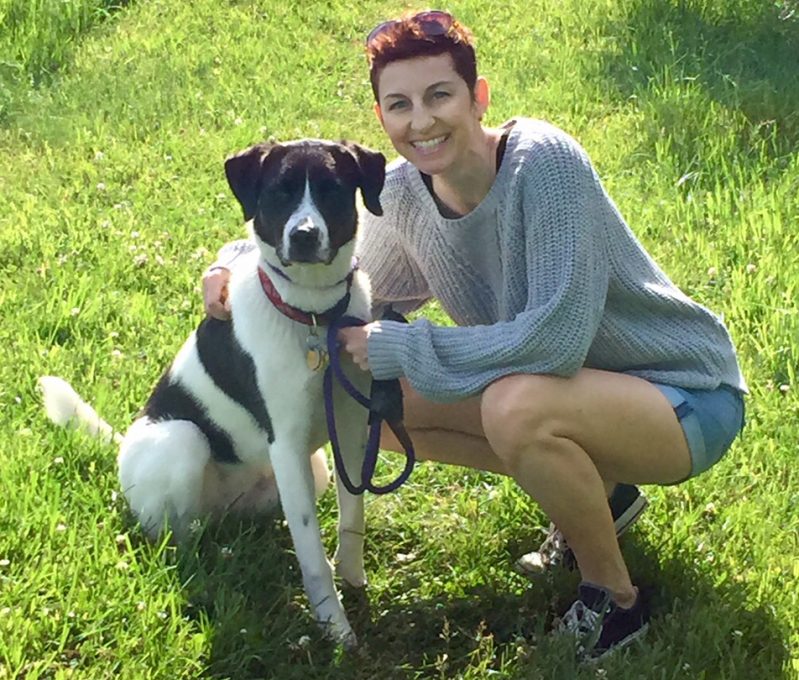 I thought it was about time that I gave you an update on my journey with my little 70-pound dog Tuukka. (If you haven’t yet read about my challenges, definitely read my “Why Can’t I Train My Dog?” blog first! It will make all of this make more sense!)

But when the universe speaks, we’ve learned to listen and Tuukka entered our lives like a tornado! Or more accurately, like thunder (Tuukka means thunder in Finnish)!

So, Tuukka comes thundering into our lives, causing chaos, messing up my clean floors, and shedding her white fur all over my red sofa. And we loved her for it but realized that we needed help training her to be part of our family. As you probably already know, this was a tough decision for me because part of me questioned why I wasn’t “good enough” to train her myself (after all, I’m an animal communicator – I should be rockin’ the training!).

She’s now been back from her month long training session for two weeks and it’s made a world of difference – but not in the way you might think. Yes, she’s walking beautifully on the leash now, yes she’s minding calls for her now, and yes she more mellow.

But something else shifted while she was away as well.

And I didn’t realize it until the other day when my husband Kevin, my son Cole and I were driving to Cole’s hockey game. Kevin suddenly swerved the car to get out of the way of another car that was driving in the middle of two lanes on the highway. When Cole asked what had happened, Kevin grumbled, “People don’t know how to drive!” This prompted Cole to say, “Mom does. Mom is a perfectionist in everything.”

It wasn’t until later that evening that I began thinking about what Cole had said. In many respects, he’s right. I like to do things well and right and in the time frame I committed to and this is something that has brought me great success.

But being a perfectionist isn’t always a good thing – and it certainly wasn’t with Tuukka.

But when I took into account what the trainer said, and allowed Tuukka a couple more feet of leash, she actually did a great job!

Was it the “perfect” job I had wanted her to do in the past? No. But it was actually much better – because I wasn’t tense about her not doing things right and she was enjoying herself having a couple more feel of leeway.

And now, Tuukka and I have reached an awesome balance in our relationship. Is it perfect? Definitely not! I don’t expect her to be perfect anymore – and it’s so much easier! And it allows me to stop trying to be perfect all the time myself.

I love how, by delving into the balance between an animal and their human, so much can be revealed and understood. I love how, despite how much I know about animals and their connections to humans I am STILL learning!

And I KNOW that you all can keep learning too from the animals in your life!

Stay tuned as well as I’ll keep updating you on the Tuukka/Danielle saga as things continue to evolve!