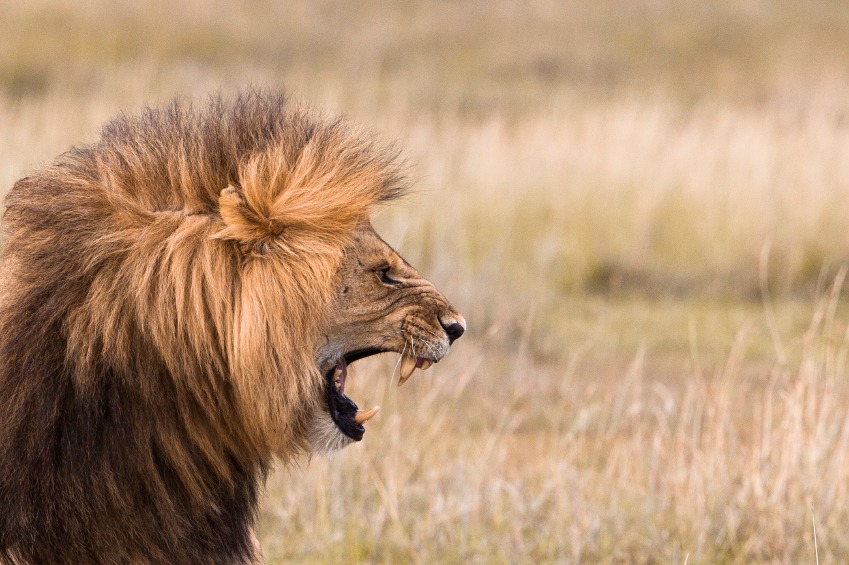 Portrait of a roaring male lion.

I’m angry right now. I’ve been willing myself not to be so angry, but that has been hard. Part of me is ashamed that I’ve allowed myself to align with the negativity surrounding this incident – but another part of me understands that this is something that had to happen, if we’re ever going to evolve as humans.

Cecil the lion has been killed by a trophy hunter and the world is in a frenzy about it.

Second, I’m upset because Cecil’s death is the result of the evolution (or lack thereof) of the human race. For us to change our collective belief system, it takes discord, extreme upset, challenge, and negativity for humans, on the whole. And Cecil’s death is providing that.

After all, we humans don’t usually take action until we have to. We don’t usually change on a massive scale until we feel there is no other choice – that’s just the way most of us operate. No person wakes up in the morning and goes, “Wow! I love my life! I’m going to change it for the better now!” Instead, we keep trudging along until something truly challenging or horrific or scary or sad arrives in their path – and only then do most of us make the decision to change.

And that is the case with Cecil. Cecil’s death was appalling. And the way it came about was totally unfair (you can read about this on the web elsewhere – I won’t detail it here). And I certainly have feelings about the man who killed him blaming his hunting guides however, Cecil’s story is moving hundreds of thousands of people into action – in just one day – which is something our world has been in need of for quite some time now.

And we have Cecil to thank for this. His death has inspired what will be millions by the end of this week to take action, write, defend, and step up around the “sport” of trophy hunting and the global issue of animal abuse.

Cecil’s death will help us begin to end trophy hunting – and more than that – his death is assisting millions in open themselves to the enduring, unconditional love of animals.

And for that, while I am still sad and a bit angry, I am so grateful to Cecil.

Thank you Cecil, for making the ultimate, unconditionally loving sacrifice to help us discover the love within ourselves. In some it’s been long buried – but your power is bringing it forward and for this, I bow to you.

PS: Cecil was being studied by the Wildlife Conservation Unit. Read what they have to say about his death here. You may be surprised.

Along these same lines, I was also moved by Jimmy Kimmel’s talk about Cecil and by Ricky Gervais. You may want to check out their messages as well (but be warned – Jimmy gets choked up and Ricky Gervais isn’t afraid to say exactly how he feels!)

https://www.daniellemackinnon.com/wp-content/uploads/2015/07/lion.jpg 565 849 Danielle MacKinnon https://www.daniellemackinnon.com/wp-content/uploads/2018/10/DM-Editable-Logo-new.png Danielle MacKinnon2015-07-29 12:03:252020-06-11 17:53:30Cecil the lion is dead. What does it mean for the human race?
Previous Post4 (Spiritual) Reasons Your Family Bugs You During the Holidays
Next PostGet what you need (even when the world’s stacked against you)
44 replies