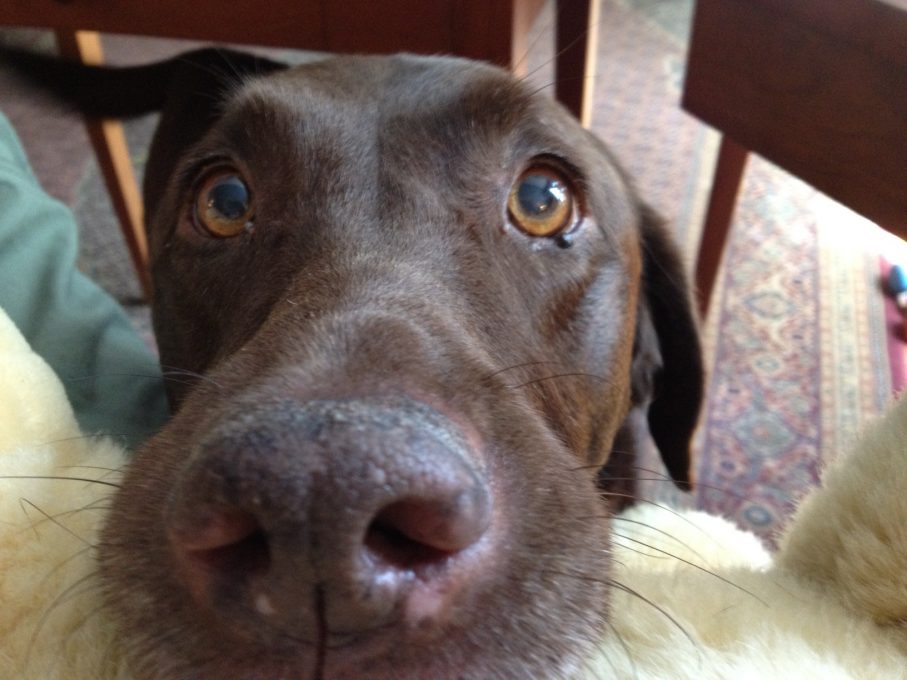 My baby Bella is sick. Will you send love to her?

My twelve and a half year old baby, Bella is sick and we’re asking for your prayers. She’s been back and forth with the vet over the past couple days and she’s miserable. A few days ago, she got into the trash and ate over a pound of pasta and meatballs (yes, she is a Lab through and through). The next day she got into the trash again and ate more pasta and meatballs as well as corn cobs. My husband and I have spent hours helping her throw up and sitting with her during the night as she has been in pain. She’s just plain uncomfortable. Bella is suffering from pancreatitis and it is looks like she has an intestinal blockage as well. We find out in a few hours if she’ll be getting surgery today.

On the bright side, I absolutely ADORE my vet and everyone at her office and have every confidence that Bella is being cared for completely and wholly. Still, it would be great to receive any additional assistance. So, I’m asking you all if you please send Bella your loving thoughts and energy. Many of you have met Bella in spirit before as I often use her in my various classes – so connecting with her in this way won’t even be a big stretch!

I promise to update everyone as I find out more – and I’d very much love if you could include her in your thoughts to help her feel comfortable as she goes through this process.

I wanted to let you know that Bella is home, safe and surgery-less. The corn cob moved during the night and at her last x-ray showed that it was ready to leave. She’s actually in wonderful spirits and is, as per usual, hunting around the kitchen and anywhere else she can which (although annoying) is a great thing. She’s on medication for the pancreatitis and she’s still eating a weird canned diet for the next few days until everything calms down – but her recovery has been remarkable. I can’t thank you all enough for you love and kindness and thoughts and prayers and energy and everything else. In all, more than 500 people responded to assist Bella (and those are only the ones who responded via email, twitter, Facebook and comments on my website) and that’s not even counting those who helped but didn’t write to me! Thank you so much to everyone! I wanted to show you how well she is doing so my son and I took her outside in front of the house and he just took this picture of us. You can still see where the IVs were – but you can also see how content she is. Thank you again everyone!

The Build-up vs. the Reality