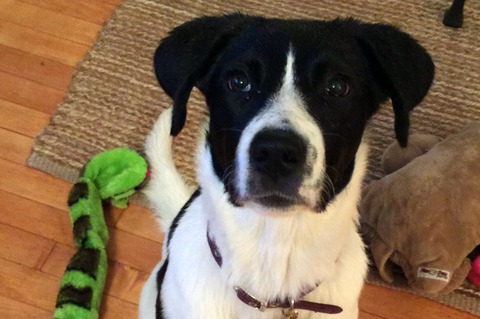 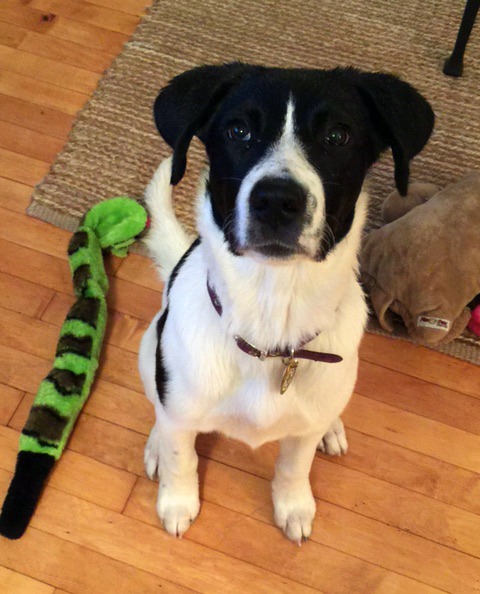 For the past several years, my motto has been “Live Life Brilliantly!” And a lot of the time I do a really good job of it – but not all the time. Sometimes, I fall off that track, and when I do, it’s not a pretty sight.

Recently, we welcomed a surprise new addition to the family – our 3-5 month old puppy, Tuukka (yes, for those of you who are wondering, her name is Tuukka named after Tuukka Rask the goalie for the Boston Bruins hockey team). The first week with her was spent adjusting to having another being in the house to take care of. I’d fallen out of the practice of cleaning up my crumbs, putting away all of my shoes and closing all trash cans – and with a puppy around I was reminded I had to be on top of my environment at all times. It was also during that first week that I determined that THIS TIME we were going to do it right and I was going to create the perfect family. Tuukka was going to be one of those cool dogs that don’t need a leash, that never barks, that always comes when called, and that never gets into any trouble.

But Tuukka –had a different plan.

For example, rather than sitting in my comfortable, warm office at my computer with a big screen, I am now sitting at the dining room table as I write this so I can keep an eye on Tuukka as she plays outside in the backyard because SOMEONE has a penchant for poop-eating and digging huge holes.

And on Friday, at 5am when Kevin and I wanted to leave for the gym, we were instead running around the yard trying to get Tuukka to drop to poop she was carrying around in her mouth and come back inside to her crate.

And then on Saturday, when Kevin and I had the big idea of taking her to the woods for a long walk but she decided that it was a great time to grab the leash and pull and tug and wrestle with it to the point where we couldn’t walk forward at all. (Yes, we picked her up and carried her the rest of the way back!)

Needless to say, when I woke up yesterday morning I was re-thinking our decision to bring Tuukka into our lives. What happened to my peaceful little family? Where did my dream angel dog go? And how, with all of the animal communicating and consciousness work I have done on myself, could I possibly have ended up in a situation where things were not looking the way they were supposed to? One of the first things I said to my husband yesterday morning was, “Kev, I’m really not sure we should have gotten Tuukka.”

So, I spent yesterday in a big funk. I felt angry at Tuukka for not behaving the way I wanted her to and I felt angry and Kevin and Cole for not making an effort to get her to behave the way she was supposed to. I also felt angry at myself for not being all-knowing enough to tap in and just magically change the situation into exactly what I wanted it to be.

And then a friend said to me,

“This isn’t about Tuukka not behaving, it’s about you wanting everything to go the way you think it should go!”

It wasn’t until about an hour later while laying down quietly on the sofa that I realized friend my friend was right – why was I trying to make Tuukka succumb to some idealized image of “dog” rather than allowing her to emerge as herself with her own strengths, quirks and challenges?

And then I realized that my friend’s observation of my “funk” went much further than just Tuukka. I saw that I had fallen into the trap of trying to control ALL parts of my life rather than just allowing them to do what they’re going to do. For example, I had been feeling pretty impatient that my job wasn’t moving forward in the way that I had decided it should. I’d also created some pretty rigid expectations about what my son’s road to Prep School next year should look like – and about how my husband’s career should be progressing, and about how my house should be cleaned…

As I lay there in that moment on the sofa, thinking about these things I finally understood that the reason I was in a funk (and had actually been in a funk for a couple weeks) was not because Tuukka was not behaving or because my son didn’t like one of the schools I liked, or because my husband shrank yet another pair of my workout tights.

I was in a funk because I was trying to control and maneuver EVERYTHING in my life in order to feel safe and this was sucking the fun, enjoyment, surprise and spirit out of it.

This morning when I woke up, I saw Tuukka as the goofy, happy, crazy puppy that has come into my life to push me to let go, relax and have fun – and I feel so grateful to her for this. In her own crazy way (as she eats the soil from the plant pot, chews the lego guy’s head off, and runs up and down the stairs like a maniac), she’s demonstrating living brilliantly (from a dog’s perspective!).

And when I come back to living brilliantly myself, I find that I can laugh at each and every thing she is doing. I can easily see how hard she is working to get me out of my head, away from all of my plans and expectations, and into the present moment – where she sits her bum down in my laps and tries to fit my entire forearm in her mouth.

4 (Spiritual) Reasons Your Family Bugs You During the Holidays