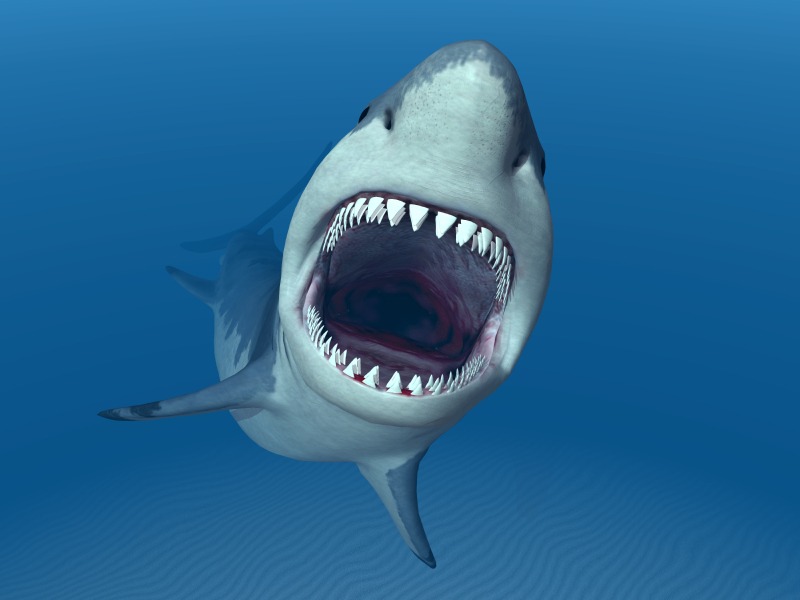 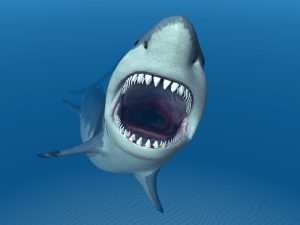 What do you think when you read this headline from an article on Mashable?

“Five hungry sharks eat whale carcass in terrifying footage. It’s a shark feeding frenzy. This is the stuff of nightmares.”

Don’t you immediately start feeling threatened by sharks, worried that their nasty nature is to hunt you down and eat you – possibly in order to wipe out all humans? Is this headline, perhaps, just a little dramatic? Couldn’t it have read instead:

“Five happy sharks happen upon the biggest meal of their lives! Have a grand time eating and rejoicing over their awesome food find!”

I’ve been noticing this dramatizing trend a lot lately on the web but also in my own home. This weekend, my husband took down a hornet’s nest. Now, I certainly understand that we can’t have hornet nests around the pool, especially when we have a whole bunch of teenagers running around, but when I asked Kevin why he did it the way he did it (spraying this poison on the poor hornets who were gasping for life on the pavement) he said, “those bees are really NASTY! It was the only way because they are so mean!”

For me though, it was his choice to use the word “nasty.” I really question if nasty, BAD animals truly exist at all. Weren’t those hornets just doing what evolution has taught them to do? They were protecting their home, their babies, and their well-being. Yes, they protect themselves by burrowing into wood to create a safe home and they attack and try to sting anyone who violates that – but it is not because they are mean or nasty. It is because they are in a life or death situation and they’re fighting tooth and nail (or stinger) to survive.

Have you ever had to fight for survival like that? And did you use every single tactic available to you? And because of that fight, did other people determine that yo were? Or mean? Or evil?

No, no one said that. Most people would be congratulating you for being such a fighter. And that’s what these animals, insects, fish, and birds are doing as well!

How many times have you heard, “Oh! Stay away from geese. Geese are nasty!”

Are geese really nasty? Or are they just doing what nature taught them to do – protect themselves? Maybe we could re-write our perspective on geese to, “Wow, look at what great, protective parents geese are. Parents of the year!”

So, while I may not want to hang out with geese because I’ll always remember how one chased me away from the water when I was 5 and I may not want to upset a hornet’s nest because I don’t want to be stuck, I respect and love these for who they are.

How animals behave toward me does not affect my feelings about them – I know they are just doing what they’re supposed to do. Every animal, insect, and bird in the world doesn’t have to “be nice” to me in order for me to feel that love for them. My love of animals is unconditional – no matter what the natural order of that animal is.

And do you know what is cool about this? I’m seeing more and more people in the world who feel the same way I do. Hooray for the evolution human’s views on animals, love, and how to work with and respect the earth!

PS – Want to strengthen your connection to animals? Join me for Discovering Animals Souls – a fun, three-part class just for people who want to learn all about energy, animals, the Other Side, connection, and more! Or perhaps you want to dive in an try my Soul Level Animal Communication® program? A really fun way to develop a closer bond with all animals while also opening and strengthening your intuition (plus, you get to know a great group of people to boot!).

My Dog is Training Me

Cecil the lion is dead. What does it mean for the human race?
Scroll to top